For non Architects and Architects alike, high spaces enclosed in a building envelop are breathtaking moments. Moments that cause all visitors to a project to tilt their heads up and look at the expansive space above them. Zaha Hadid’s Leeza SOHO tower is no exception, on the contrary, it has the largest atrium space of any building in the world.

The building stood out to me immediately as it almost creates an internal city within its clear glass facade. With two twisting masses with a void between them, the interior atrium is not only a delight to look at from the ground, but can be experienced throughout all the floors of the tower.

This interplay of solid vs. void within an enclosed space implies to the viewer that they are not enclosed in a tower, but rather engulfed in an experience that makes them feel light and unrestrained.

The Atrium also acts as the driving force for the carving of the programmatic masses of the tower. This gives it a very natural feel that can otherwise feel forced in many other atrium designs. 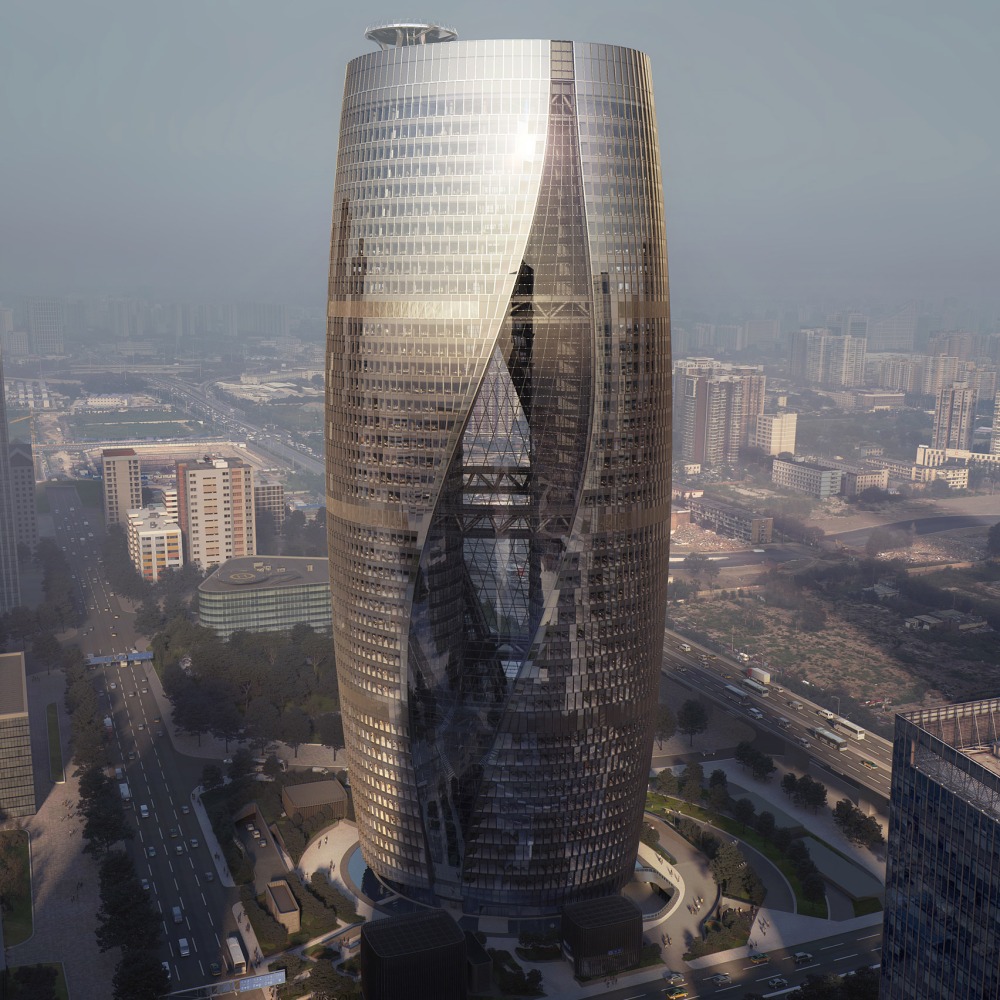 This can be seen clearly in the outside view of the tower, as the void carves through the building creating a massive puncture through the implied solid mass.

All images and renderings courtesy of MIR.