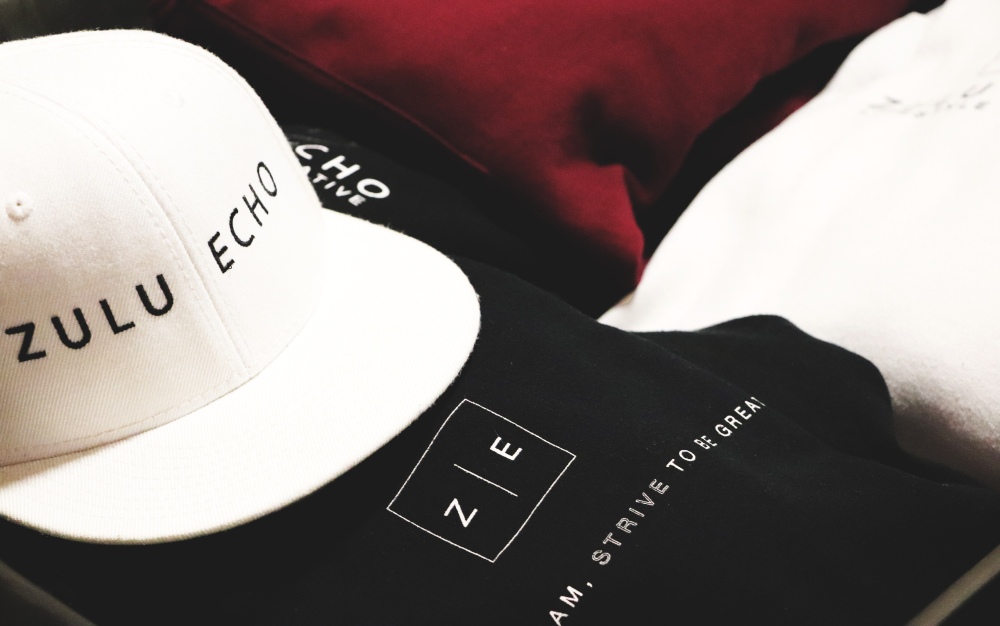 As the semester comes to an end, I am thankful as to how far I have come in my Architectural Career, and for how far ZULUECHO has come with me. During the semester I was lucky enough to have the chance to spread the ZULUECHO mentality through conversations with fellow students and friends, but also with various others who wanted to write about the Initiative. Today I want to share a piece written as a Profile about me by fellow Syracuse University Student Zoe Farrell. Zoe is a Junior Magazine Major at the S.I. Newhouse  School of Public Communications with a focus on fashion and beauty communications. It goes without saying that reading this has been humbling, but also seeing the effect the work I’m doing can have on other people is truly inspiring.

The Alpha Behind Zulu Echo – By Zoe Farrell

“You should see me as soon as you walk in, I have a man bun haha.” As I go to meet Zain Elwakil, this singular feature acts as my only means of identifying the Syracuse University sophomore, yet as I scan the room where we decided to meet, it’s not the man-bun that sticks out to me. Surrounded by fellow students, Elwakil sits alone at a table, quietly observing his peers. Unlike many of those around him, his phone is nowhere to be seen and he sits as if perfectly content in that moment of solitude.

The truth of the matter is, Elwakil is unlike his peers in more ways than one. His parents immigrated to the states from Egypt and raised him in New York City, he attended an international high school in Qatar, and in addition to juggling the many demands of being an Architecture student at S.U., he’s launched his own lifestyle initiative and clothing line, Zulu Echo.

After arriving at school his freshman year, Elwakil noticed a similar mentality amongst his peers. Here they all were in an environment where they finally had control of their educational and career paths, and yet many seemed to disregard this freedom to settle for a certain specialty that would allow them to fit into the societal status quo of financial success. This didn’t sit well with Elwakil. “It’s the sad reality that we live in, but it’s a reality that we created and we can change it,” he says. He leans in a little closer and his hands begin to twitch with excitement. His voice, however, remains steady.

He dives into the creation of Zulu Echo and how his personal, architecturally focused, blog morphed into a movement fueled by the idea of inspiring others, now complete with t-shirts worn by those who connect with its message.

While the creation of Zulu Echo is a remarkable accomplishment for anyone, let alone a 20-year-old student, I found myself more impressed by Elwakil’s wise beyond his year’s demeanor. “Several people have told me that their first impression of me is extremely intimidating,” Elwakil shrugs with a look of disheartened disappointment on his face. Here, the mask of the ambitious young entrepreneur falls and reveals the 20-year-old boy who’s genuinely discomforted at the thought of anyone seeing him as a threat.

“If I had to shortly but deeply describe Zain, I would say love,” says [a] fellow Syracuse sophomore and friend [of Zain] “Behind everything that you see him do, behind what you see him represent, you’ll find love.” As I speak to more friends of Elwakil, […], I’m taken aback by the consistency in their adoration. Each and every one of them sing nothing but praises out of genuine admiration of this person they so feel lucky to call their friend.

“He’s not about the grand gestures, “ says [another friend]. “With Zain it’s always about consistently doing the little things that show you that you’re on his mind and that he cares.” In this sense, Elwakil fully embodies the brand he’s been working so hard to share. He’s fueled by his passion for others, not his obligations to them.

“He realizes that multiple things can be equally important in his life and that he doesn’t have to value or focus on one thing over another,” says [one more friend of Zain], who’s excitement in talking about her friend is translated through her rapid accounts of adoration.  “He’s extremely genuine in everything he does. He just cares,” she adds.

And as I sit across the table from Elwakil, I don’t have to be told that he cares. I can see it in the way he tilts his head after answering each of my questions as if to ask if the answer was up to my satisfaction, in the way he talks about how he judges Zulu Echo’s success not off of its profits but off of how many people it touches and inspires, and I see it in his smile as he responds to my question of, “So why name it Zulu Echo?” He shifts forward in his seat and says, “That’s actually something that many people ask about and I don’t go into too much detail, but I will for you.”

I am truly humbled by Zoe’s words, and hope to use them as a constant reminder of how important it is to stay steadfast in my beliefs, goals, and aspirations – Thank you Zoe.

I continue to work on projects for the ZULUECHO Initiative, constantly thinking of new ways to spread the movement, and one of the things I am most happy about is the people who wear the brand all over the world. Their ability to spread the mindset shows that this movement is bigger than me, it is something that we can pass on to one another for the simple purpose of empowering those around us in a truly global sense.